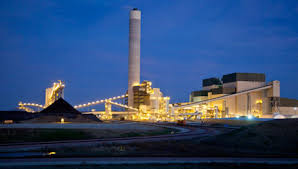 In the 1970’s, the demand for electricity surged and threatened to exceed SIPC’s plant capacity.  A decision was made to construct a fourth generating unit.  Unit 4 came online in 1978 and provided 173 MW of generating capacity.

The growth in membership enabled SIPC to completely refurbish the old units.  The three aged cyclone boilers were replaced with one circulating fluidized bed boiler.  The new boiler is environmentally friendly and burns mostly carbon.  While the new boiler was under construction, SIPC also added additional pollution control equipment to Unit 4.  Taken together, these improvements allow SIPC to meet environmental standards and insure that the plant will continue to operate well into the future.  Both the new unit and Unit 4 burn local coal and carbon.

In the past, SIPC relied on neighboring utilities when demand for electricity was more than they could produce.  In today’s market, electricity is traded like any other commodity.  To reduce reliance on the market, SIPC built two natural gas-fired combustion turbines.  These units can be started when market prices are high or when incoming transmission lines are too congested to import power.

To deal with the increasingly complex electricity market, SIPC and three other similar power cooperatives formed ACES Power Marketing in 1999.  ACES, which is headquartered in Indianapolis, Indiana, has grown to 16 members and provides numerous services related to buying and selling power.

The electricity market continues to evolve.  Most utilities have been ordered to join a group to improve reliability of the transmission system.  SIPC belongs to the Midwest Independent System Operator (MISO).  MISO monitors power flowing throughout much of the Midwest.