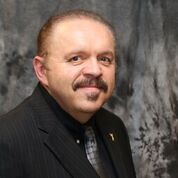 David Martin of Metropolis was elected to represent Massac County.

Graduating from Metropolis Community High School, Paducah Community College and Samford University School of Pharmacy in Birmingham, AL, David is currently employed by Massac Memorial Hospital and Metropolis Drugs in Metropolis. He is a past board member and board chairman of Southern Illinois Power Cooperative, our power supplier in Marion.

David and his wife Lillie have two grown children, Westly and Gabrielle, and they have three grandchildren, Reagan, Lily Kate, and Preslie. His hobbies include camping, motorcycling, and visiting his children and grandchildren.